Mozper, a debit card for kids and parents, has launched in Mexico following a $3.55 million seed raise.

The fintech start-up, which graduated from Y Combinator just four months ago, has raised $5.1 million to date. 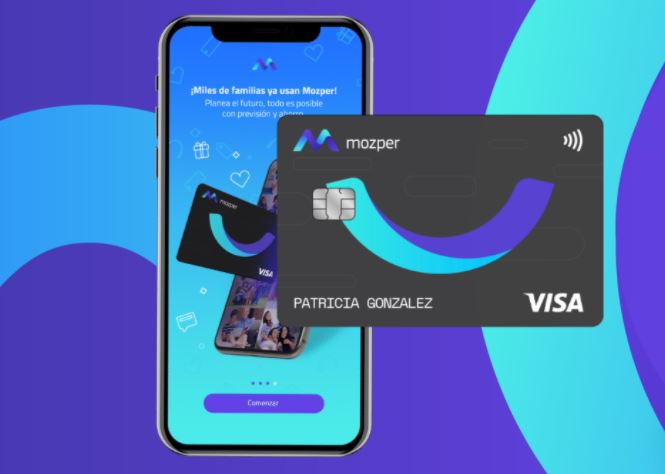 In August, Mozper – with the help of partner Visa – launched its closed beta with 500 families

“We think that the Latin American market is a blue ocean for fintech innovation,” says Pavel Livshiz, a partner at Hetz Ventures.

The offering – different in LatAm?

Like many of its international competitors – goHenry, Greenlight, and Step who have also raised capital in recent months – Mozper intends to digitise pocket money.

Founder and chief financial officer, Yael Israeli, tells Crunchbase News that parents in Brazil and Mexico give out $10 billion in pocket money annually.

She also explains that “70% of the population in Latin America has not received a formal financial education”.

“Speaking about money is traditionally taboo, but COVID-19 removed a lot of those personal insecurities. […] A big part is educating the market. And what the value is now that the world has transitioned to a more cashless state.”

In August, Mozper – with the help of partner Visa – launched its closed beta with 500 families. It claims 90% of these families continued to use the app.

It officially launched to everyone in Mexico in November. The fintech claims user numbers are growing 20% week-over-week.

Mozper plans to launch into Brazil sometime next year.

As well as familiar names Greenlight and goHenry, there has been a host of newcomers entering the kid banking space.

Strive launched in the UK last month, Woli is gearing up for a 2021 launch in Greece, and Revolut launched its Revolut Junior account earlier this year – also in the UK.

Other names which cropped up last year include French-based Pixpay and Kard, as well as Spanish-based Mitto.

Finastra – a core banking provider for major banks such as Commonwealth Bank of Australia, BNP Paribas, and United Arab Bank – launched Agora’s white-label teen account on its marketplace in May.

Banks which have launched their own teen and child banking offerings include Société Générale and its Banxup account, and HSBC which launched an e-wallet for teens in Hong Kong called PayMe.

Read next: GoHenry latest in kid’s banking sector to land funding of $40m